From Carriage to Car: the History of the Taxicab

Taxis are commonplace on our streets today - but do you know where the story of the taxicab starts? Let us enlighten you! 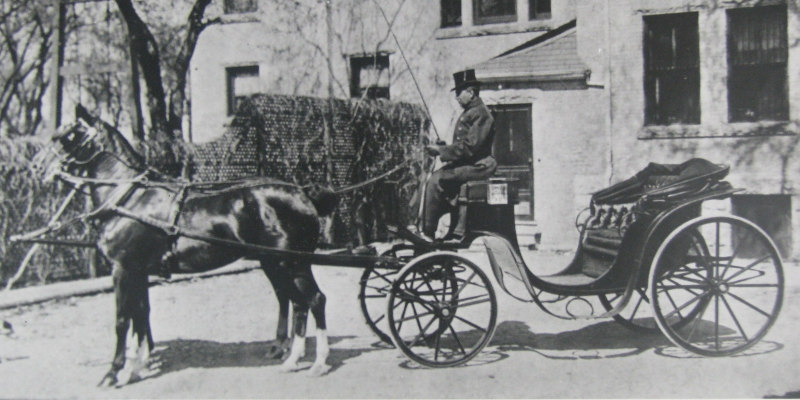 In London, the life of the taxi began at the start of the 17th century where innkeepers would hire out horse-drawn carriages (hackney carriages) to wealthy merchants and visitors to the city. In the year of 1625 there were only 25 carriages available for hire on the streets of London; a stark contrast to the 78 thousand taxis and 153 thousand licensed private hire vehicles that are estimated to be on the city’s roads today.

As the popularity and accessibility of cabs started to grow, the first ever taxi rank was established on the Strand in London in 1636.

Over time, vehicles for hire became more advanced, thanks to improved engineering and the addition of important features that are still used today - albeit modernised - like radio communicators and clockwork taximeters.

At the end of the 19th century and the beginning of the 20th century the first ever battery- and gasoline-powered cabs took to the streets of London. As for Edinburgh, it was in 1907 that John Croall & Sons, a local firm of undertakers and carriage hirers, put the first fleet of motorised taxis on the roads.

Private hire taxis first emerged during the 1960s. Since then the convenience of pre-booking a taxi has really taken off and the catalogue of services provided by private hire taxi firms has grown tremendously. Capital Cars offers a range of services including exclusive tours, weddings, chauffeurs and more.

The taxi has come a long way - today we enjoy the convenience of modern technology. If you want to book a cab with a contemporary taxi firm - get in touch!